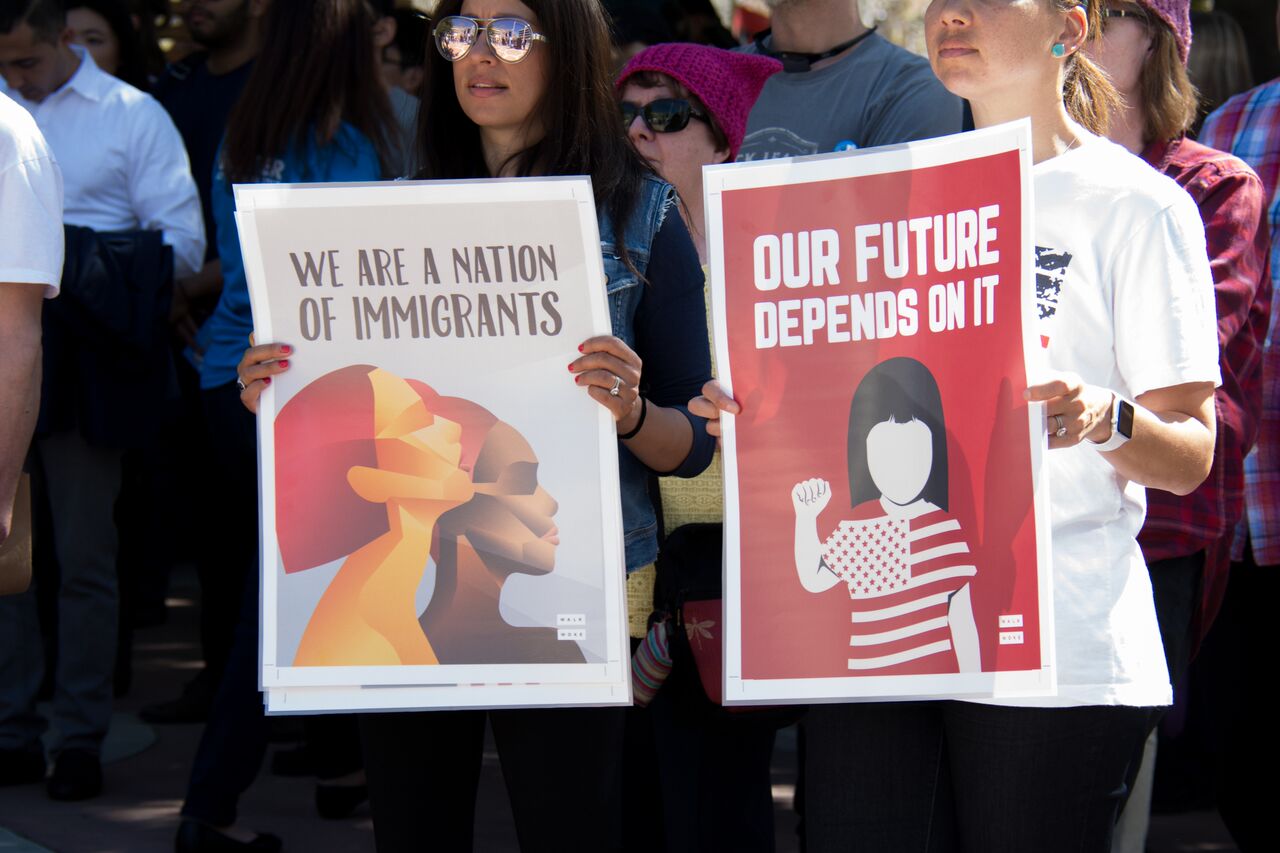 “I don’t want to leave. Where would I go? America is the only home I know.”  This sentiment, expressed by a friend and fellow Bay Area community college student, is shared by countless people of all cultures, backgrounds, and races with one thing in common — fear of deportation. With 273,018 children applying for the Deferred Action for Childhood Arrivals Consideration (DACA) program country-wide just in 2016, it has become impossible to ignore the expanding influence of the Federal Government’s immigration policies on our communities. President Trump’s January executive order strays from the established practice of focusing solely on the detention and deportation of convicted felons illegally residing within the United States to broaden the scope of ICE enforcement to all undocumented families, school children, and DREAMers.

At Foothill College, these worries hit close to home. While the college affirms its belief in equal opportunity and protection for all students regardless of immigration status through a “Safe Campus” designation, the feeling of safety may not extend beyond the campus boundaries. To determine the positions of local Police and ICE Departments, a group of Foothill students and faculty scheduled a meeting with Los Altos Chief of Police, Andy Galea. Under the auspices of the American Civil Liberties Union’s new grassroots organization, PeoplePower, we arranged a conversation with the Chief to discuss the ACLU’s “9 Model Point Policy” for promoting equal protection, bias-free policing, and fair and humane immigration enforcement. To the delight of the team, Galea readily agreed to discuss our concerns and answer questions.

The newly launched PeoplePower campaign, founded on the principle of direct action and involvement, asks Police Departments, City Councils, and County Board of Supervisors to review ACLU suggested policies, make tweaks to existing police manuals, and adopt stronger stances in support of vulnerable communities. Los Altos, though one of the smallest cities within Santa Clara County, has the clearest and strongest protections in place to ensure no bias, political agenda, or discrimination plays a role in their police proceedings. According to the ACLU, racial profiling “occurs every day, in cities and towns across the country, when law enforcement and private security target people of color for humiliating and often frightening detentions, interrogations, and searches without evidence of criminal activity and based on perceived race, ethnicity, national origin, or religion. Racial profiling is patently illegal, violating the U.S. Constitution’s core promises of equal protection under the law to all and freedom from unreasonable searches and seizures.” Chief Galea had recently revised the police manual to address this problem and public concern over recent federal actions. After a lengthy process of review and consideration, the Chief lengthened Code Section 428, related to immigration enforcement, by several pages to allow for nuance and empathy in the difficult decision-making process an officer must go through before reporting a criminal arrest to ICE.

Under Section 428, the Los Altos Police Department will not ask a victim, suspect, or witness to identify their immigration status and commits to not cooperating with ICE unless for a stated, open criminal investigation or valid public safety concern. No individual may be detained or put on a civil immigration hold within Los Altos without pending criminal charges. In other cities, this is not the case. For students like Juan Manuel Martinez, a nineteen-year-old DREAMer from Monterey, the distinction is crucial: though the Monterey County Sheriff has stated he will not cooperate with ICE, Martinez was picked up and placed on hold after pleading to a minor trespassing misdemeanor. Under the new Los Altos code, students like Juan would be safe from detention and arbitrary deportation.

Homeland security agents are required to state their full investigative purpose to the Los Altos Police Department before receiving any aid, information, or officer support and must self-identify as ICE before an arrest. The reportedly prevalent practice of targeting immigrant communities with misleading “Police” identification serves as a cruel fearmongering tactic and erodes public trust in local law enforcement. In Los Altos, any cooperation or information release must be filed, addressed to, and approved by a Supervisor or the Chief of Police himself with consideration of “the seriousness of the offense, community safety, potential burden on ICE, and impact on the immigrant community”.

Prior to any communication or interview with an ICE agent, a subject in question shall receive a written notification and consent form from the Los Altos Police Department with clear language stating the “purpose of the interview, that the interview is voluntary, and that he/she may decline to be interviewed or may choose to be interviewed with his/her attorney present” (Section 428.8.3). The LAPD must also notify the individual and their attorney of any ICE request for holding, transfer, or information collection and whether the Police Department would comply. If during a criminal investigation immigration status becomes relevant, it is up to the discretion of the LAPD officers and Chief of Police to notify federal agents.

There is a clear distinction between a civil immigration offense, criminal immigration misdemeanor, and criminal immigration felony. Though Los Altos immigration enforcement policies are the clearest and most supportive the PeoplePower Campaign Organizer working in Santa Clara County has seen, there is still room for improvement and clarification on the exact path each of those classifications will lead to. Overall, both Chief Galea and the Santa Clara County Chief’s Association have repeatedly confirmed their commitment to protecting and empowering the immigrant communities of the South Bay.

PeoplePower will continue to push for stronger language protecting people of all backgrounds in each city within the county, state, and beyond. As a direct result of citizen outcry, the County Chief’s Association is considering adopting the 9 Point Model in a county-wide memo on the reform of city police manuals within the coming months. Following that decision, PeoplePower will push for the adoption of these policies in City Hall and before the Board of Supervisors.

The immigrant community at Foothill College is a hallmark of our diverse and inclusive culture.  Common sense protections, empathy, and compassion for fellow students in a civil society are not a luxury, but a necessity. The message Chief Galea heard was clear: Foothill College, partnered with ACLU PeoplePower, will remain a hotspot in the discussion and push for equal rights and non-discrimination.

If you would like to take a stand and use your voice on this issue or any other, The Script and PeoplePower encourage you to attend a City Council meeting. There is a time block in which members of the public are invited to comment on issues they feel strongly about — a personal narrative, commentary, or even a brief statement of support or disagreement are effective. The Council often relies on such citizen input to set their agenda and build policy.