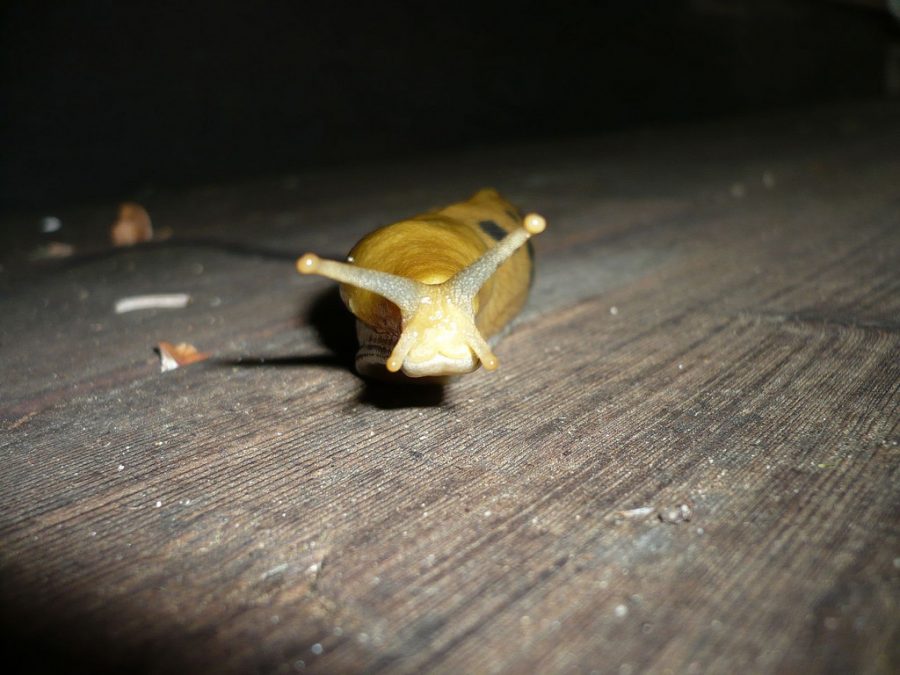 Although often unpublicized, the Universities of California (UCs) and the California State Universities (CSUs) have been adopting and implementing environmental policies into their schools and curriculums for several years. In fact, universities are locked in a race for high sustainability. UC Santa Cruz is particularly interested in preservation: surrounded by redwood forests, oceanic views, and open meadows, UC Santa Cruz prides itself in being one of the leading environmentally conscious universities in the state of California.

Though environmentalism seems relatively new, “the green movement is a centuries-old movement that has been adopted and implemented on country, state, and local levels all around the world,” writes Marc Lillanilla in his 2016 The Spruce report, “The History of the Green Movement.” However, according to the Encyclopedia.com article on America’s “Environmental Movement” written by University of Pennsylvania professor Daniel Geary, environmentalism is still seen as radical and there are many universities that have yet to take up ecological responsibility. For instance, the University of Alabama provides one class on environmental law, but according to University of Alabama freshman Rachel Sky, “there is a complete absence of environmental awareness organizations on campus, and even if there were, I doubt they would be too successful.” On the university’s website, they do nothing to publicize sustainability or anything relating to environmental awareness, and this is not abnormal either: many universities in the south and midwest make little to no efforts to incorporate sustainability and environmentalism into school policy and curriculum. In other words, while it is true that the green movement has been around for centuries, it is still significant that UC Santa Cruz has joined such a movement, especially at their level of involvement.

UC Santa Cruz works on both an educational and a local level to recruit student advocates to get involved and join the cause. They do this by helping students smoothly run environmental clubs and other organizations and help students get involved with environmental policies both on the university and on the city of Santa Cruz. There are over twenty-one student-run, sustainability-based organizations within UC Santa Cruz, each with a different purpose. For example, according to the Student Environmental Center (SEC) website (http://sec.enviroslug.org/), SEC proposes to “initiate student involvement through research, education, and implementation of environmentally sustainable practices,” and, according to the People of Color Sustainability Collective (PCSC) website (http://pocsc.ucsc.edu/), PCSC proposes “to make UCSC a leader not just in mainstream sustainability, but also environmental justice, in recognition of our changing demographics and pressing ecological challenges.” Involved in SEC and another organization, UC Santa Cruz Junior Brad Visacki is a student advocate for environmentalism and sustainability.

When asked if he feels that UC Santa Cruz is doing enough to support his environmental efforts, Visacki parses the question into two parts: on a student level and on a resident level. He argues that, while the city is proactive with actions like sustainability measures for residents — for instance, rebates to encourage sustainable habits and separating from PG&E by creating their own electrical department — as a student, “The city of Santa Cruz is notorious for being against most student actions. We are seen as a burden to the city, and generally they do things that make things harder on the students.”

To confirm Visacki’s statement, I asked several additional Santa Cruz student residents, some involved with environmental policy and some not, and all ten of them had similar answers: the city of Santa Cruz has been shutting out student voices. Even more, according to a City on a Hill Press report, “Rallies and Protests Face the Hurdle of Apathy,” James Christianson, UC Santa Cruz American Studies lecturer, encourages student voices to be heard, but shares that he noticed a lack of engagement between the city and students, claiming a large reason for this is because “more UCSC workers are needed at rally events, so by not meeting the required amount, students are unable to protest.” In order for students at UC Santa Cruz to legally protest, they need a certain amount of UC Santa Cruz representatives present, so without the university’s support, students are essentially ineligible to get their voices across.

On the other hand, there are also actions that student residents often neglect, which could better their stances if the students properly take advantage of them. When asked what he would like to see from other students, Visacki said he would “like to see the student body unionize and show up to community events, such as voting for community policy and being involved in aerial environmental action.”

Considering that UC Santa Cruz is infamous for their protests and is considered to have one of the most active student bodies in California, there does not seem to be much of a reason as to why the turnout is so low.

However, the low student turnout may not be entirely at the fault of the student populous. The ten student residents who were asked about Santa Cruz shutting out student voices were also asked about whether or not they knew about the city meetings, and only two of them (the two who were involved with environmental policy) admitted to knowing about the meetings. One of the interviewees, Madison Ford, a UC Santa Cruz student and resident of Santa Cruz, stated, “I don’t know about these city meetings, and honestly, I feel like they don’t want us to know. They look down on everything [students] do.” Similarly, Visacki believes, “Santa Cruz has a very strict agenda on keeping [student] residents dissatisfied …the city could do a better job promoting those meetings, but they avoid doing so, in order to lessen the number of [students] attending these meetings.” The meetings are usually on Tuesdays and range from once every week to once every two weeks, but the only students who know about them are quite exclusively those who are already involved with environmental policy. Having walked around the UC Santa Cruz campus recently myself, I was also unable to find anything that promoted the weekly city meetings. This is concerning due to the necessity of student voices; after all, they are the generation that will be tackling climate change, and we need them on board.

Visacki as well as the ten other interviewees voice their frustrations about the city’s lack of communication with students, claiming they are not sure what new policies are being talked about: “We are the next generation of what could be environmental leaders, so it makes absolutely no sense as to why they are shutting us out. UC Santa Cruz claims to build environmental leaders and to have a renowned environmental program, but at the same time, won’t let us do anything?” expressed Gavin Carpenter, a UC Santa Cruz junior. The UC’s strive to establish themselves as forward-thinking institutions; to ratify this, inclusion of the upcoming generations is key to creating a sustainable future on both local and global levels. In other words, the generation we should be looking towards when it comes to sustainability and building greener communities is the younger generation, so the exclusion their voices is not only worrisome, but also seems to go against their core values. In order to be an environmental leader, Santa Cruz needs to work to be more open to student voices and more receptive to the ideas of the younger generation concerning climate change.