Let’s get funky with the future of fungi 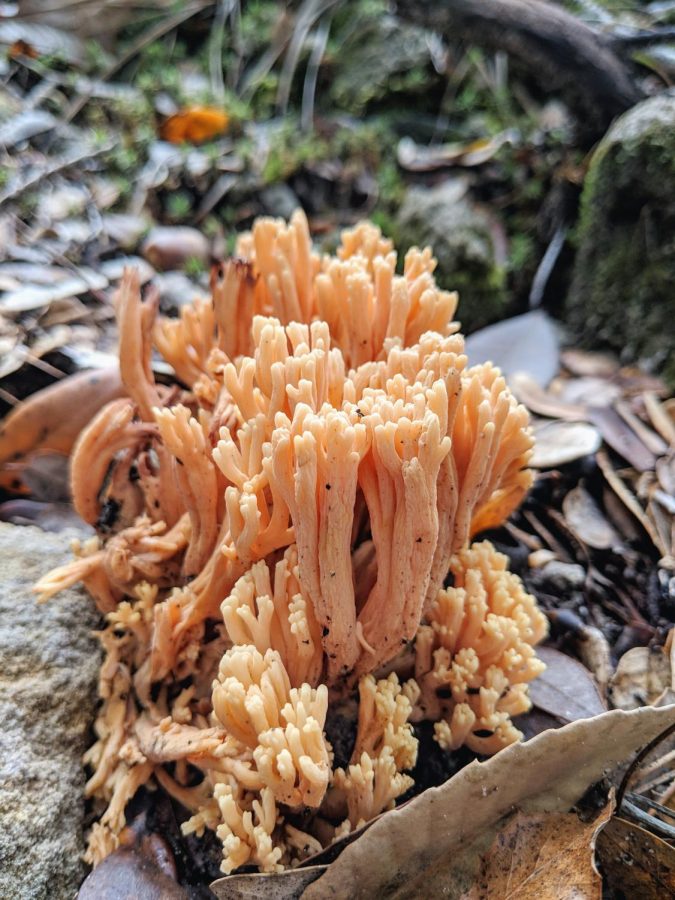 Three summers ago, I took Gillian Schultz’s Evolution and Ecology Bio 1C class at Foothill College. Our professor started her morning lecture with a deceptively simple piece of trivia.

“What is the largest living organism on Earth?” she asked.

Someone answered elephant, while others listed different species of whales, but we soon ran out of guesses. Schultz smiled mischievously; she was about to blow our minds with something bigger than all of the answers combined.

Nicknamed the ‘Humongous Fungus,’ the Armillaria is the largest and indisputably the oldest living thing on this planet. Carefully distributed genetic sampling has confirmed it to be a single organism that’s several eons old and hundreds of hectares in size.

Schult’s class sparked my interest in mushrooms and other fungi and since then I’ve kept myself busy with creative pursuits within the fungus community. I have learned multitudes about local ecosystems and all other living organisms with which all sorts of fungi symbiotically exist. I hope that a couple of these fun fungus facts inspire your curiosity further.

Medicinal mushrooms have been utilized for centuries in shamanistic medicine, but many of our modern-day Western pharmaceuticals are also fungi-derived. Penicillin originally came from Penicillium chrysogenum and cholesterol-lowering statins from Aspergillus terreus. Bread, wine, and beer are all thanks to yeast, the single-celled fungi also known as Saccharomyces cerevisiae, which literally translates to ‘sugar-fungus of beer.’

Asian cuisine’s affinity for fungi keeps commercial mushroom cultivators in business. Enoki or Flammulina velutipes is probably one of my all-time simmering hotpot favorites. Soy sauce, sake and soju are all made from rice fermented by Aspergillus oryzae or koji.

Amanita muscaria, recognized as the iconic toadstool mushroom, reportedly has hallucinogenic effects, which makes one feel like they’re larger than life or like their surroundings are larger when consumed. Within the past couple years, psilocybin, the active psychedelic compound in Psilocybe (“si-lo-so-bee”) mushrooms, has been gaining recognition for its potential therapeutic use for mental health.

If I’ve still got your attention, I hope you think fungi are super cool and are dying to learn more.

You can check out your local mycological society where you can meet others with similar interests and go on forays to find fungi. Stay tuned for upcoming Myco Walks led by me.  Locations on Foothill College campus to be determined after we get some proper rain in the winter!