What Positive Psychology can offer you 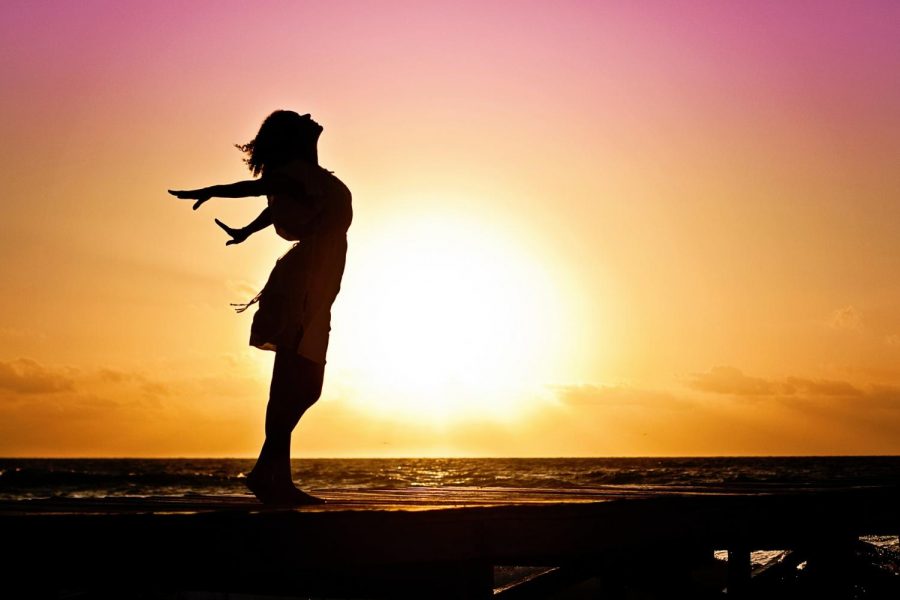 Positive Psychology – the class that will teach you how to wake up on the right side of the bed, every morning for the rest of your life. Right? Wrong.

“One of the biggest misunderstandings about Positive Psychology in pop culture is that it only focuses on positive emotions,” said Dr. Shani Robins, professor of the Positive Psychology course at Foothill College. “It’s an easy mistake to make. But the actual focus of the field is the building of strengths, and the byproduct of those strengths is usually the reduction of anger and stress.”

The students in Dr. Robins’ class are all hoping to build strengths through this class, but not the kind of strengths you might expect from a typical college course. It’s not professional development or academic prowess the students are looking to cultivate. Rather, they’re searching for something a little more elusive: perspective.

“I often feel frustrated with the state of the world, and with myself,” said Kiarra H., a student in Dr. Robins’ class. “I hoped this class would help me be more optimistic.”

According to Dr. Robins, developing skills like optimism and resilience is a rigorous process, but it’s worth delving into, and not just in the classroom. He argues that Positive Psychology is unique because it explores the emotional and cognitive pathways to strengths like “empathy, compassion, mindfulness, courage, and wisdom, and what implications those things have for other parts of life. Clinical psychology is yet to catch up with that.”

Dr. Robins is nationally recognized for pioneering Wisdom Therapy, a set of practices designed to enhance love, relationships, and long-term well-being. It incorporates skills like mindfulness and gratitude, drawing on decades-old research that has now become part of our collective vocabulary. It might come as a surprise that originally, it was just one of many submissions to a college contest.

“It was a competition at UCLA undergraduate research in the psych department,” said Dr. Robins. “My thesis won the competition, and then it went to the state level and then the national level. So that was very reinforcing. It’s like, okay, I’m getting some recognition for this. It’s winning these awards. So there’s probably something to it.”

It turns out there was something to it. Since then, terms like “meditation” and “mindfulness” have exploded into the vernacular, especially in liberal hot-spots like the Bay Area. However, according to psychologists like Dr. Robins, research confirmed the validity of these practices long before they were adopted by pop culture and the industrial complex.

“Now,” he said, “folks are coming together under this umbrella of Positive Psychology, but the stuff was already done in humanistic psychology. For example, Abraham Maslow’s model of self-actualization was already around in the 1960s.

“Carl Rogers (studied) the deep need for empathy and unconditional positive regard. And so, empathy, compassion, and mindfulness were around us in the 1950s. Transcendental Meditation came around in 1978; Jon Kabat Zinn and a couple of other people made it famous.”

Now, meditation has become so popular that people can download apps like Headspace and Insight Timer onto their phones. But while some may view it as a hippy trend trademarked by Western media, early forms of meditation are referenced as far back as the third century BCE in China and 1500 BCE in India. The health benefits have long been acknowledged in Asian cultures, and, according to Dr. Robins, became a focus of American research in the late 1970s.

“(Researchers) at University of Massachusetts Amherst found that people who meditated had fewer heart attacks,” said Dr. Robins. “They sent that to medical (specialists) and sure enough, (meditation) made a monetizable difference. So it saves money and saves lives with only eight weeks of meditation – that’s pretty amazing.

“So then Mindfulness Based Stress Reduction became a thing, and the interest in it expanded exponentially. In the mid-1970s, only three or four articles were published on mindfulness. Since then it has doubled every year. Pretty amazing growth.”

So what exactly does Positive Psychology have to offer students? Developing wisdom and mindfulness may not be at the top of your typical college student’s bucket list. But that’s what’s different about Dr. Robins’ class: there’s no “typical” student with a “typical” list of goals.

Everyone is there for something different – something that will last longer than report cards and resumes. There are students of all ages and backgrounds; some are retired while others are fresh out of high school. Some are navigating career changes while others are still trying to figure out what their career will be.

According to Dr. Robins, part of what makes Positive Psychology so unique is that it belongs to multiple spheres of life and study. It’s academic, it’s cultural, it’s personal. It belongs to science but also to art; it is both primordial and contemporary.

Juggling research with both teaching and counseling has allowed Dr. Robins to fully appreciate the cross-sectionality of his field.

“It’s good to go back and forth,” he said. “I bring clinical cases into the classroom. If I were just to talk about hypotheticals, (my classes) wouldn’t be as practical or as interesting. And then in my clinical settings I sometimes cite research to my clients and say, well, the research shows that if you do this, it’s gonna be helpful to you. So it’s cross-fertilization.”

Dr. Robins’ class is halfway through their semester, and already the students are having diverse reactions to the material. For Kiarra, discussing issues with students whose ideas sometimes conflict with her own has been both illuminating and challenging.

“It can be frustrating at times,” she said, “due to the fact that it’s a group of many different people, all of whom have differing opinions that I don’t always agree with, but I think the class gives more than it takes overall. It’s nice to have access to an entire group’s wisdom on all walks of life.”

For Henry Rodriguez, another student in the class, Positive Psychology has done more than feed intellectual curiosity.

“It has not only helped mentally but also benefitted me in health,” he said. “Practicing the Wisdom Skills – mindfulness, empathy, compassion, humility, gratitude, ego transcendence, realism, and emotional intelligence – has helped me deal with anxiety and depression.”

Practicing these skills has improved his relationships as well.

“It has also helped me with my marriage,” he said, “and how we deal with our problems. It is safe to say that positive psychology is a lifestyle I have adopted.”