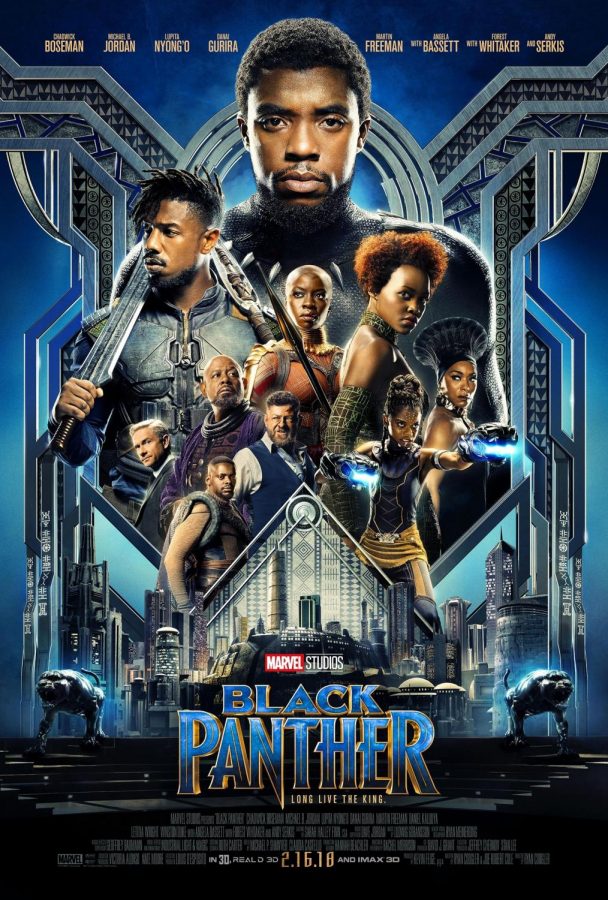 Weusijana, a full-time professor of computer science and an alumnus of Foothill College, began the screening with a brief introduction around the significance of the film selection and the concept of Afro-futurism.

“Afro-futurism is about people of African descent throughout the diaspora exercising self-determination. It is about determining our own high-tech future grounded in our cultures,” he said. Black Panther, first released in theaters on Feb. 15, 2018, revolves around a young African prince, T’Challa, who is forced to protect the kingdom of Wakanda as his world faces a treacherous villain. The young ruler overcomes many obstacles to prove his worth to rule Wakanda after a fierce battle with his challenger, Killmonger.

The movie has been renowned for being the top-grossing superhero movie of all time in the U.S. Its accolades go beyond a wide array of awards as the protagonist, T’Challa, is one of the first African-American superheroes to make a blockbuster theatrical debut.

Over a dozen students listened to the opening remarks attentively before rushing to fill their bags of popcorn before the screening began. The thunderous sound of the Black Panther’s theme boomed in the small room as the audience’s eyes glued to the screen. Thrilled for his second time viewing Black Panther, Foothill student Pranesh shared his thoughts on the film of being more than a just a superhero movie. “[Black Panther] represents the embodiment of black cultural roots and empowers…young African-American adolescents today.”

Organizers spoke on the historical impact of the film.  “We chose this movie because Black Panther is a character that made his debut in 1966 in comic books … at the time there was the Civil Rights Movement and The Black Panther movement,” Associated Students of Foothill College Senator Hodah said. “The hero is symbolic of the way race was being viewed in America and is a representation of what we have achieved in society.”

After a mighty struggle against several formidable foes, the movie ends on a dramatic note: King T’Challa faces impossible odds as he lies defenseless and injured against his enemy. A couple of audience members grip their chairs and look on to see King T’Challa pound his fist to his chest and yell to his enemy — and the movie’s fans — “Wakanda Forever!”

Black History Month events will continue through February. A full schedule is available on the events calendar.