California Primaries: How We Voted 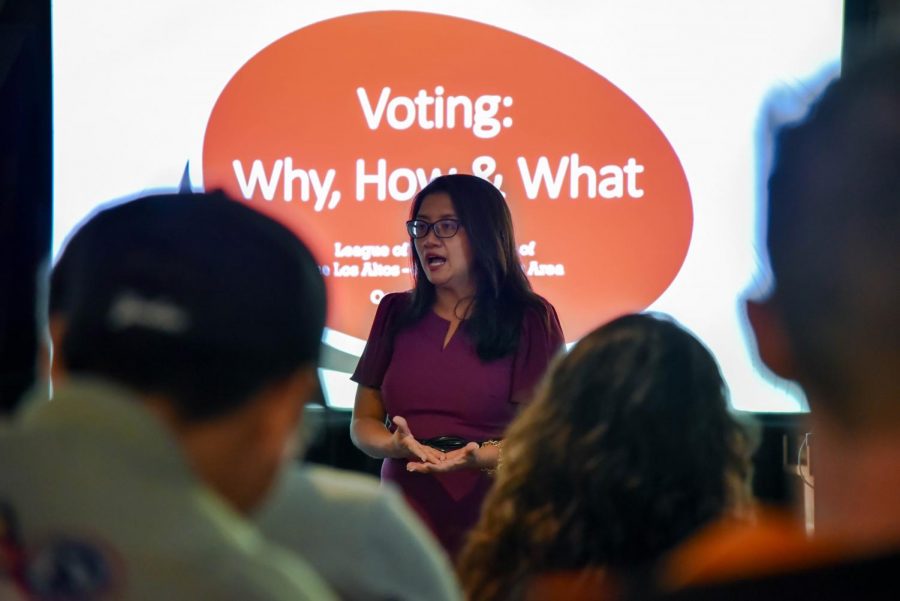 President Nguyen shares the story of her first voting experience.

On June 5, 2018, voters throughout California participated in the primary election. The votes decided the top two candidates for a variety of offices. Most notably, they confirmed the top two contenders for governor of California.

Democrat Gavin Newsom, current lieutenant governor of California, snagged a spot on the November ballot with 1,613,120 votes. John Cox, a Republican candidate backed by President Trump, trailed close behind, with 1,249,248 votes. The primary results renewed conversation around California’s jungle primary system, which allows voters to choose any candidate — regardless of their registered party. Because of this structure, no party is guaranteed a slot in general election ballots. The slew of democratic candidates this June proved risky for the Democratic party, splitting the vote between many qualified gubernatorial candidates like John Chiang, Delaine Eastin, and Antonio Villaraigosa.

The winner of the gubernatorial elections in November may determine whether or not California remains a democratic trifecta — a state where the governor is a democrat, and both the Senate and Assembly hold a democratic majority. The top two elections for the state legislature were held as well: all 80 assembly seats and 20 senate seats were up for grabs. Democrats currently hold a supermajority, or two thirds majority, in both houses.

On the federal level, Californians reelected Dianne Feinstein to face off against President Pro Tempore of the State Senate Kevin De Leon in the race for a seat in the U.S. Senate. If Feinstein wins, it will be her sixth Senate term. In the House, 32 of 53 California representatives are Democrats. Analysts are looking closely at key congressional districts to determine whether additional seats will be won. Los Altos falls under district 18, currently represented by incumbent Anna Eshoo. She will be facing Republican contender Christine Russell in November.

Though the primary elections are focused on candidates, they have another key purpose: passing propositions. Proposition 68, 69, 71, and 72 passed effortlessly. Sixty-eight permits bonds to fund national resources, parks, and clean air and water, and 69 requires that transportation revenue be used to improve local roads, highways, and other infrastructure. The public voted in support of this spending. 71, a proposition allowing for time to count votes before policies go in effect, was also an easy yes — as was 72, which ensures properties that conserve water through rain capture systems don’t receive an additional tax.

Proposition 70, however, required that funding acquired from cap-and-trade cannot be used without a supermajority agreeing to its usage. Because this proposition may lead to gridlock and the consequent waste of funding, California voters turned 70 down.

The 2018 primary elections in California saw a relatively low turnout — according to the Los Angeles Times, only 37 percent of people cast a ballot. The November elections will decide the governor, lieutenant governor, secretary of state, treasurer, and countless other state offices.

Midterms are set to determine who will represent California at the national level. But if the voter turnout remains as low as it did in the primaries, they will only represent 37 percent of it.