Opinion: Kids, or the Planet? 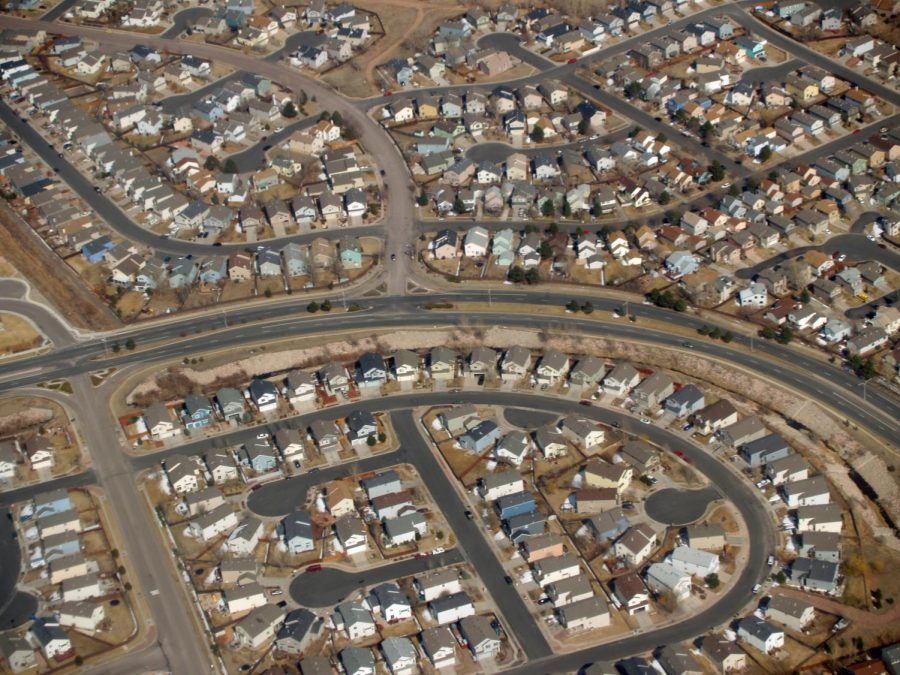 Growing up, I loved traveling. Despite the chaotic 5:00 a.m. rush to the airport, the crying baby a few rows back, and the stale cheese and crackers airlines make you pay extra for — I cherished my window seat above it all. As I sit here at 35,000 feet, staring down at fields of green between the Oregon and California border, I feel at peace. The experience feels synchronous — watching different elements of our natural world work together in such effortless harmony. Rolling my eyes from the comfort of my small rectangular view of the world below, a New York Times article on my newsfeed reads, “What Land Will Be Underwater in 20 Years? Figuring It Out Could Be Lucrative.”

This rips me out of the tranquil moment and into the reality of our times: the picturesque view to my right is temporary, and our generation’s children will inherit what remains. But the question that comes next is even more daunting – because to answer in the negative would be to reject one of the most fundamental portions of our humanity: reproduction. One person in the modern day leaves an enormous carbon footprint, and according to numerous studies, it is a footprint we inherit from our parents and pass onto our children. It grows with the population and spikes in households with more money.

Should this generation, with impending climate crisis on the horizon, refrain from the natural cycle of procreation in order to help save the environment? What is seen as a pessimistic worldview by some is considered a harsh reality by others. Perhaps this is a race humans were never meant to win, because for the first time in our history, some think we have the obligation to halt procreation in its tracks for the sake of our dying planet. Is this the ultimate solution to the woes of our environment? Probably not. Would it have a positive effect on the climate? Absolutely, at least according to the group Conceivable Future, who claim that the climate crisis is more than just that — it is a reproductive crisis. With 77 testimonies and counting, the group is drawing support from women all over the nation who pledge not to have children to protect the environment.

Meghan Kallman and Josephine Ferorelli, the groups organizers, make an interesting point in the first lines of their “who we are” statement —  “We believe that telling the stories of climate change’s impact on our reproductive lives will [increase] public perception of the crisis.”

While China leads in terms of overall emission, the United States leads in a different, more telling subsection. In 2015, China had an overall carbon dioxide emission of 10.7 million kilotons while the United States followed second with nearly half of China’s total at 5.1 million kt. However, per capita, the United States produces more than double the emissions of China. In 2015, The average U.S. citizen carried a footprint of nearly 16.1 tons of CO2. With a population of roughly 323 million, the US is still only 63% as large as Europe, and only 23% as large as China. With nearly a billion more people in China and roughly 200 million more in Europe, why are people in the United States releasing so much more CO2 per person than any other country? The answer, unsurprisingly, is money.

The United States leads in terms of the most private wealth held by any nation — 41% of the global total. OXFAM estimates that the wealthiest 10% of the global population is responsible for half of the total CO2 emissions. Furthermore, the United States is now the only nation not participating in the Paris Climate Agreement. If slowing population growth could reduce the overall problem, perhaps it should be taken into consideration, not only practically, but morally. Can we tell our children their future is bright when they may lose the one and only place humanity has been able to call home?

A Swedish study published last year confirms the rising movement: not having children is indeed the quickest way to combat climate change. However, under its examination of 149 different scenarios, the study also suggests “alternative lifestyle choices,” including less air travel and living car free. In any case, there are many ways one can try to limit their carbon footprint. As college students, the habits and choices we make today could translate into a more sustainable future, and choosing whether or not to have kids is just one of them. Our choices will decide the lives of millions in the not so distant future.