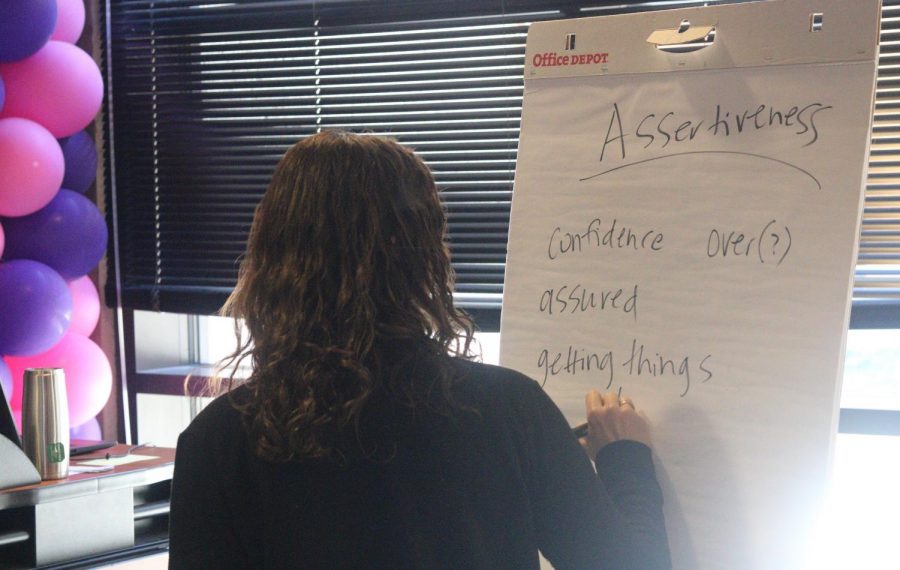 “We are culturally learned to be less assertive than men. You need to learn over time to not feel guilty about it,” said Foothill College Psychological Services and Personal Counseling counselor Lisa Slede, who along with counselor Alexis Donato presented “Assertiveness 101: How To Get What You Need In Relationships” on Monday as part of Women’s History Month.

The workshop began with a discussion of what it means to be assertive. Unlike passiveness or aggressiveness, assertiveness protects the rights and feelings of both parties.

Slede described assertiveness as “getting your message out there and saying what you think” and “expressing personal rights and feelings.” According to Donato, assertiveness creates healthy boundaries in relationships. “It’s not I’m blending into you and I will do what you say because I am you.”

Assertiveness is especially important in the workplace. The Wall Street Journal found that female bosses, on average, are “disparaged more than men for identical assertive behaviors.” According to Slede, “Women get lower salaries because they don’t ask for as much.”

The biggest obstacles to assertiveness are a lack of skill, fear of rejection, and guilt. And they’re all amplified in close relationships, where being assertive is the most difficult. Some specific things one can do to be more assertive is display facial expressions which indicate interest and alertness, as well as use “I” statements.

Donato emphasized the importance of a calm, confident tone when expressing wants, needs, and thoughts. “It’s not up for argument, it’s just a fact.”

Trying to be more assertive can be daunting, if not downright uncomfortable, but Slede ended the workshop on an empowering note. “We don’t have any control of the response of the person but it’s our personal responsibility to ourselves is to put it out there.”