Opinon: It’s Not Okay to be White? 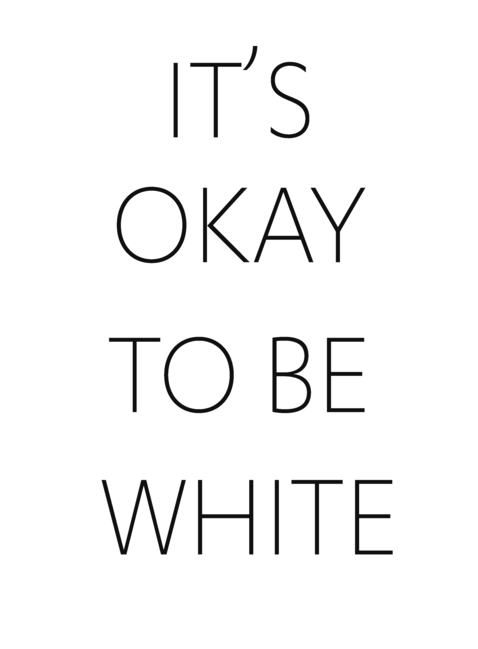 GAME PLAN (IF YOU HAVEN’T SEEN IT ALREADY):
1. anons organize on here, infinity chan and elsewhere, print out uniform posters …
2. put on silly halloween costume for anonymity, nobody will think twice because it’s halloween
3. posters go up on campuses (and elsewhere) across the world on halloween night
4. the next morning, the media goes completely berserk

That’s the first half of a message sent on October 31st on the /pol/ — short for “Politically Incorrect” — subsection of an anonymous messaging board called 4chan, a corner of the internet known to foster far-right extremism and white supremacy. The post outlines a plan to print and tape signs with the message “it’s okay to be white” on college campuses with the goal of causing media fallout — in which it was very successful.

What’s wrong with saying “it’s okay to be white,” though? It is, after all, a true statement. More importantly, why would a group of alt-right trolls dedicate themselves to such a seemingly harmless campaign? As it turns out, what makes the It’s Okay to be White campaign seem so innocuous is the very thing that makes it dangerous. It is a technology used to convert white moderates into white supremacists.

Think about the statement “it’s okay to be white.” On its own, devoid of any context, it isn’t a particularly racist thing to say — factually speaking, it is okay to be white. But when a concerted effort is made to post that message on college campuses around the country on Halloween night, it seems like it’s responding to something. To white moderates looking in from the outside, it would make sense to assume, based on the sudden rise in public declarations about the okayness of whiteness, that there’s already a sentiment that it isn’t okay to be white. It makes anti-white racism seem more plausible. But this perception — itself only the first step in the campaign’s methods of moving white moderates further right — is a falsehood. One which is reinforced by many right-leaning internet personalities.

In response to the flood of media coverage of the campaign — in the Washington Post, the Huffington Post, and several local news stations — seemingly the entire right-wing of the internet, rather predictably, erupted into a steaming outrage.

“There is literally nothing wrong with saying ‘it’s okay to be white,’” said YouTuber Carl Benjamin, who works under the screen name “Sargon of Akkad” and has nearly 730,000 subscribers. (I’ve written about Carl and his place in the not-quite-neoconservative “skeptic” online subculture before.) “If there’s one thing these posters are not, it’s racist.”

“It’s these sweet little petty trolls that continue to expose the left’s hatred of white people and continue to discredit the left,” said Hunter Avallone, a rising star in the realm of YouTube pop-conservatism, who currently has just over 360,000 subscribers. “And I absolutely love it.”

Consider, for a moment, the picture painted by these figures of the online right. According to them, the It’s Okay to be White campaign is what finally reveals to moderates the hatred of white people our culture has been hiding for so long — and the best part, it will soon no longer be considered racist to stand up against it. It’s all very convenient. But the sentiment that it somehow isn’t okay to be white, which forms the backdrop of the campaign, is fabricated.

“Yes, [journalists] do hate white people … It’s not like the media isn’t f—ing saturated with anti-white propaganda,” said Carl, in his same video about the It’s Okay to be White campaign, showcasing a myriad of article headlines allegedly proving anti-white discrimination to be a significant societal issue. The problem, though, is that all the instances of anti-white bigotry mentioned are, for the most part, quite tame. An academic paper titled “Unlearning Whiteness, rethinking race issues in graduate music education” while sounding damning, is, in reality, only a study on how music students respond to learning about racial issues. An article titled “Black women become most educated group in US,” meant to disband the legitimacy of the concept of white privilege, took care to detail that black women are still significantly underrepresented in leadership positions in the workforce. It is almost as if Carl didn’t actually read any of the supposed “anti-white propaganda” he was citing (which, considering his claim that it took him all of five minutes to compile his citations, seems likely.)

The entirety of the It’s Okay to be White campaign’s legitimacy hinges on the existence and prominence of rhetoric that it isn’t okay to be white. But that’s a conversation which isn’t happening. Imagine how useful it would be to white supremacists if it were, though. That would make their claim that white people are the real oppressed group seem legitimate — more importantly, it would attract people to their movement. So what do they do? They engineer a campaign which casts the shadow of a rhetoric that doesn’t exist.

The response to the campaign is what really gave it its punch, though. Because the message of “it’s okay to be white” seems so innocent to naive centrists, any pushback can be distorted to embody the same kind of anti-white sentiment the campaign presumes. That’s what Hunter Avallone and Carl Benjamin have done — they’ve seen that “it’s okay to be white” was said, and they’ve seen the media push back. Which must mean that the media hates white people — an effect which was explicitly outlined as desired in the campaign’s planning.

In reality, of course, the media’s coverage of the campaign was based off it’s origins as an near-explicitly pro-white supremacy effort. The media is guilty of, at worst, sloppy reportage. But that doesn’t matter to the likes of Carl. Nor does it matter to the 4channers who spawned the event. From their perspective, they’ve fabricated a new batch of ammo to use to support the flimsily woven narrative of anti-whiteness — and thus indoctrinate centrists into white supremacist ideology.

The It’s Okay to be White campaign was never about making it okay to be white — being white has never not been okay. But the campaign does its best to hide that, providing the fodder for reactionary, uncritical internet personalities to support a false — and frankly, extremely poorly-constructed — narrative that white people face oppression in America. This won’t be the last time white-supremacy attempts to push its way into the mainstream. The more these types of campaigns are recognized as the flimsy, bad-faith deceptions they are, the more prepared we are for the next one that crops up.