Lunar New Year 2018: A Celebration for All 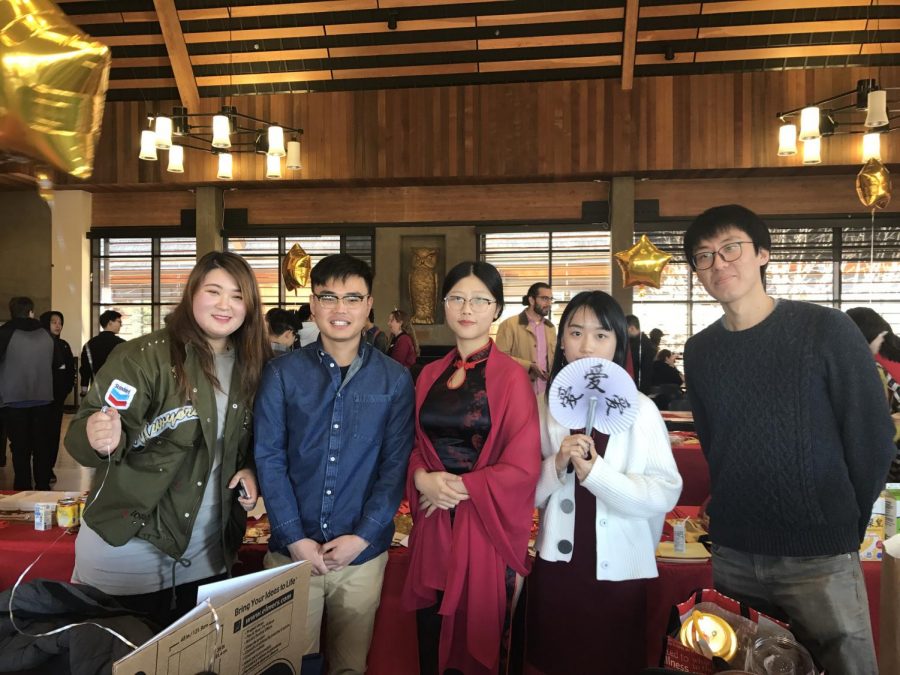 Lunar New Year is a special festival anticipated by various ethnicities and cultures from all walks of life. Welcoming the year of the dog, Foothill College held its own Lunar New Year celebration on the 15th of February in the dining hall. Co-sponsored by the President’s office, Inter Club Council, the Associated Students of Foothill College, KJFC Radio, Dead Air Club, Asian Pacific American Network and the Chinese Students and Scholars Association, the event drew together Foothill students of different backgrounds in the spirit of the Lunar New Year.

According to Spencer Chu, President of the Chinese Student Scholarship Association, “Lunar New Year is for people to get together with family and friends.”

However, Chu admitted that this year’s Lunar New Year was different, as he wouldn’t be spending it with his family. He continued, “We are in a foreign country, so we try to stick together, and have some events also for other American students or other friends to get to know our culture.”

Hong-Kong Student Union club prepared a variety of activities for the event, from spin the wheel to calligraphy. In order to win one of the prizes, students had to answer trivia questions about Chinese New Year; questions ranged from identifying the animal this year was associated with to naming the occasions for lighting firecrackers.

The event was also a medium for Campus Idea Club to promote themselves. With the majority of the members from countries that celebrate Lunar New Year, co-founder of the club, Ying Ying Sun said described her excitement around the event.

“I am so glad that we have this platform for us to show people what our culture and how this great festival is important to us in our country.”

For Sun, Lunar New Year also means wishing the well of others.

“I hope my friends and my family can be happy and healthy and then of course, I want to share more Chinese culture to all the schools and to America.”

Just as people from all over the world celebrate Thanksgiving regardless of culture or ethnicity, one does not have to be Chinese in order to celebrate Lunar New Year. According to second-year Japanese student Mamie Horikawa, “it’s important that we celebrate all cultures here from all countries.”

Along with students, Foothill President Thuy Thi Nguyen joined the event wearing a beautiful gold cheongsam, a traditional Chinese garment. The President addressed the large proportion of the student body that celebrates the Lunar New Year, stating, “I really want to honor students’ heritage and make them really feel they can express everything about them when they’re at Foothill, including their heritage.”

She continued to speak from personal experience: “even though I came here from Vietnam when I was three years old, it’s still very much a tradition in our family.”

In the spirit of the new year, President Thuy offered her hope for all Foothill students: “May your schooling be advanced and [may you] progress.”

On behalf of The Script, Happy Lunar New Year 2018!

We wish you a prosperous year ahead.