In Wake of Israeli – Palestinian conflict, Foothill students side with Peace 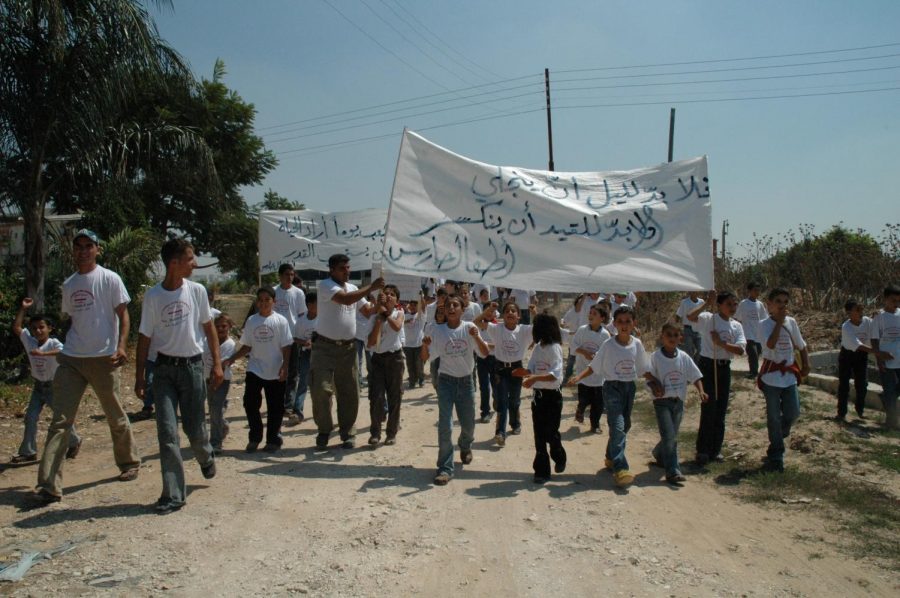 On December 6th, 2017, Trump shocked nations worldwide in a statement formally declaring Jerusalem as Israel’s capital. “This is nothing, more or less, than a recognition of reality,” he went on, justifying the abrupt decision. “It is the right thing to do. It’s something that has to be done.” The announcement came along with intent to relocate the US embassy. As of 2017, 86 nations, including the US, have their consulates stationed in Tel Aviv for the sake of diplomacy. Many believe moving the embassy is an unprecedented blow on decades of careful foreign policy.
The debate over the rightful owners of the states, and therefore of Jerusalem, is one nearly as fierce as the violence between them. It is a debate which was aggravated by President Trump’s December 6th decision to formally declare Jerusalem as Israel’s capital, inciting protests worldwide. Did the Jewish people have original claim to the land? Was the United Nations’ division of the land warranted? Was the resulting violence on either side justified? Opinions vary radically worldwide, locally, and even at Foothill.

“I’m Jewish, by descent,” said Natalie Thiel, a StandWithUs intern and Israel advocate, “So I follow the cultural aspect of this closely.”

Natalie provided an in-depth background of not only the conflict as a whole, but the ties her ancestors had to the land.

“Jews have inhabited Israel for thousands of years,” she went on, “All this archaeological evidence: tokens, food, clothing, remains…they all tie back to the culture of the Jewish people.”

Natalie clarified that her stance focused mainly on historical fact and archaeological evidence, as opposed to religion or political opinion. The Jewish people lived within the Kingdom of Israel and Judah, built several temples in Jerusalem after Jewish-Roman wars, and eventually lost the land after the Crusades and Ottoman rule.

“When Jews came to Israel, it was the safest place for them to go,” she continued. “They fought for it, they protected it. It was like their baby.”

The history of the modern struggle is over a hundred years long, and begins with Jews escaping persecution in the 1940s. They sought protection in what was, at the time, the home of the Palestinians. There was such an influx in refugees that by 1947 the UN formally declared two separate states — one Jewish and one Arab. The plan granted Jews the safe haven they had been fighting for, but removed land from the Palestinians who lived there — land the two states have been fighting over ever since. And Jerusalem? It was left under a “special international regime,” a city too religiously significant to be held by one state or the other.

Jerusalem, a city home to the most sacred religious sites for Muslims, Jews, and Christians, has not been formally recognized as either Israel’s or Palestine’s capital by the international community. Palestine has long hoped to claim East Jerusalem, though Israel has declared the city its “undivided” capital since 1980. A peaceful compromise between the two states is arguably vital, and many in the international community believe Trump’s decision simply agitated the conflict.

Not every student held a pro Israel view. I interviewed Saad Zaatarah, a Foothill student who identifies as Palestinian.

“Both my parents were born in Palestine Jerusalem,” he began, “my grandfathers, my grand grand fathers lived there. We were 70% Muslim, 10% Jews — we all lived together in harmony.” He stopped and recalled those words as his grandfather’s. “At first we were accepting them, when they came as refugees — but then they began taking over our home.”

“What did they do, from your experience?” I asked.

“There are fences like a jail — a big whole wall against the Gaza strip,” he waved his hands over the table to paint the picture. “Imagine someone came to your home, showed you a paper, and told you they were promised your home by a God you don’t believe in.”

Leaders all over the world were quick to condemn Trump’s declaration — not just in the name of Palestinians, but in the name of peace. EU chief of foreign policy Federica Mogherini claimed the decision had “a worrying potential impact.”

“The worst thing that could happen now is an escalation of tensions around the holy places and in the region, because what happens in Jerusalem matters to the whole region and the entire world,” Mogherini explained.

Even close allies to the US chastised the move.

“Avoid violence at all costs,” stated French president Emmanuel Macron, mirroring not only an international sentiment, but also the views of Foothill students.

“I don’t have anything against Jews, Israelites,” Zaatarah concluded. “Trump started this unnecessary flame in the Arab community. Not started, actually. Fueled. The flame was already there.”

“So what would your solution be?” I asked.

“Maybe two states … I don’t know if there is a solution. Just a way no more people will be harmed.”

When it comes to the Israeli Palestinian conflict, a century old dispute rife with violence and oppression, it’s easy to believe there’s no possible solution. Each side has its own right to the land. Each side has a fair point. Each side will fight, but at the end of the day, neither side wants to. The Middle East, the international community, and even students at Foothill all rally behind peace — perhaps Trump should join them.