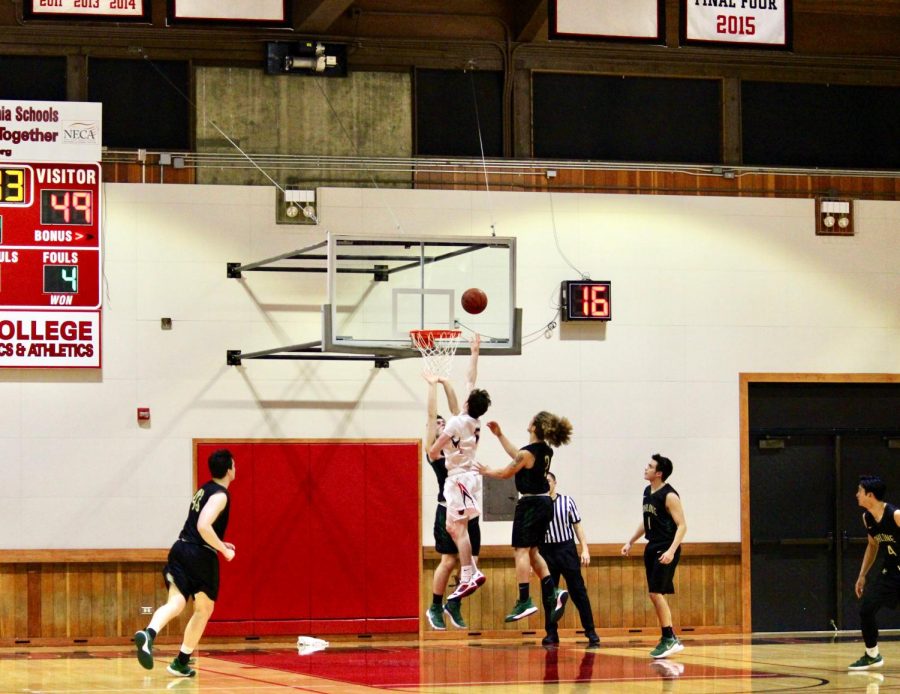 The Foothill Owls have never lost back to back regular season home games, but this exact scenario almost came to fruition when the Owls played the visiting Ohlone Renegades, ending the game with a final score of 71-69.

Alex Gil-Fernandez led the Owls with 16 points, while Matt McAndrews and Chris Russell scored in double digit figures, scoring 15 and 12 respectively. These offensive performances were enough to overcome a 53-point combined effort from Bryce Thompson, Felipe Marasigan, Richard Oryem, and Cameron Bradley of the Renegades. With the win, the Owls have an overall record of 18-8 and a conference record of 7-3.

The Owls entered Wednesday’s game having never lost a homestand so far this season. That record is now theoretically blemished even after beating the Renegades. Some consider a .500 homestand record to be a losing percentage, while others might consider a .500 record a winning record. However, considering the numbers, it is actually neither — a winning record implies a season with more wins than losses, and a losing season implies the opposite. The Owls are dead center.

The Owls finished the game with a respectable offensive performance, but they were fashionably late to this party. Although at one point they held a two point lead, The Owls were off to a slow start in the first quarter. In desperate need of a spark, Matt McAndrews entered the second half ready to go. He scored all of his 15 points in the second half.

KEEPING THE RENEGADES IN IT

It wasn’t the Owls sharpest effort this season, but they have once again avoided any semblance of a losing record at home. The Owls went 2-1, 1-0, 3-0 in previous homestands and 1-1 in their last homestand.

Now 18-8 for the season and 7-3 in the conference, the Owls will play two more games on the road.  On Friday February 9, they will replay a conference and division rival, the Skyline Trojans. In the last game of the season on Wednesday February 14, the Owls take on the Cañada Colts.