Meet the President: President Thuy and Laura Gamez on Being First-Gen 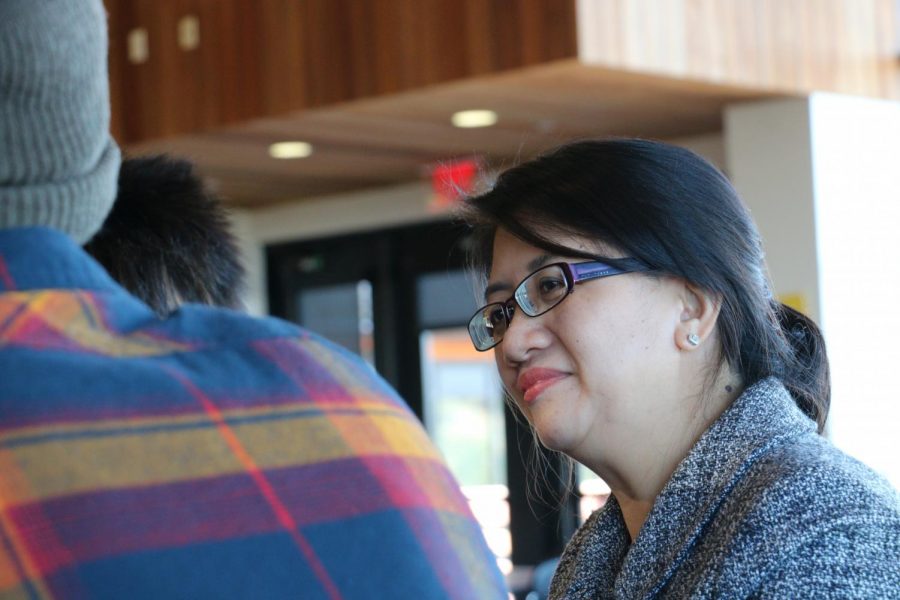 On Friday, January 26th, College President Thuy Thi Nguyen hosted a First-Generation Gathering in the Foothill Dining Room. First generation college students met with the President to share their experiences at Foothill College and discuss resources available to students. First Year Experience, as well as a few other learning communities, focus on helping first-generation students successfully transition to college. President Thuy also wants first-generation students to know that schoolwide services such as the Associated Students of Foothill College, Pass the Torch, study abroad programs, and more are just as available to them.

President Nguyen and Librarian Laura Gamez spoke about their own experiences as first-generation students. Though money is often an issue, many of the challenges first-generation students face are not tangible, such as culture shock, imposter syndrome, and even getting to college. When asked what stuck out the most to them in their time in higher education, culture shock came up right away —  and not just at school, but with their own family and friends. President Thuy described what she called a “crab mentality.”

“When you are a first gen, a lot of times you go back home and you talk to your high school friends and they’re often saying, ‘Ohhhh, you think you’re all that.’ They don’t quite say that, but they say that. They’re proud of you but they’re like ‘really?’ I call it crab mentality…When you boil crabs, all the crabs will try to crawl out, but for some reason, the other crabs don’t push them out; they don’t hold hands and get out one at a time. Instead, the crab mentality is like you are not going out and it pulls you down. And so the crab mentality is when someone is able to get out. I say that in a very fun way, because I have supportive friends, but sometimes we can get into that crab mentality. And even with family too. So first gens, you’re changing your family’s history. You’re the first in your family to go to college.”

First generation students also contribute greatly to intellectual diversity on campus because they are more likely to be underrepresented minorities and/of a lower socioeconomic background. 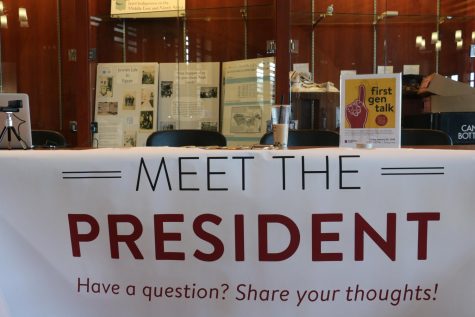 President Thuy described a time when she was barely allowed to give a speech comparing Confucius and Socrates during her time as an undergraduate at Yale.

Librarian Gamez also experienced and acted on blind spots while earning her Master of Library & Information Science at University of California Los Angeles.

“I took for example, a children’s literature class. And all these stories were about white kids, in the suburbs. Those were the books that were assigned to us. And I was like, I think I should be reading about the type of children I’d be serving if I were a children’s librarian. Or reading different things on how to serve diverse communities…But I was sure when we were doing evaluations at the end of the quarter to say ‘Hey, I wish we had a more diverse reading list.’’”

Though most college students experience self-doubt at some point in their career, first generation students are more likely to face imposter syndrome — an inability to internalize and accept one’s success — due to how daunting college may seem.

“The way to overcome that, and know you don’t have that, is two things. One, always be genuine, and two, always be humble. Know you’re always your real self, your authentic self. Imposter syndrome can’t get to you because you know you have always been authentic. Another is to be humble. ‘I’m grateful to be where I am…I deserve to be here, I worked hard, but at the same time, I’m very humbled by it. And because of that gratitude I’m going to work even harder.’”