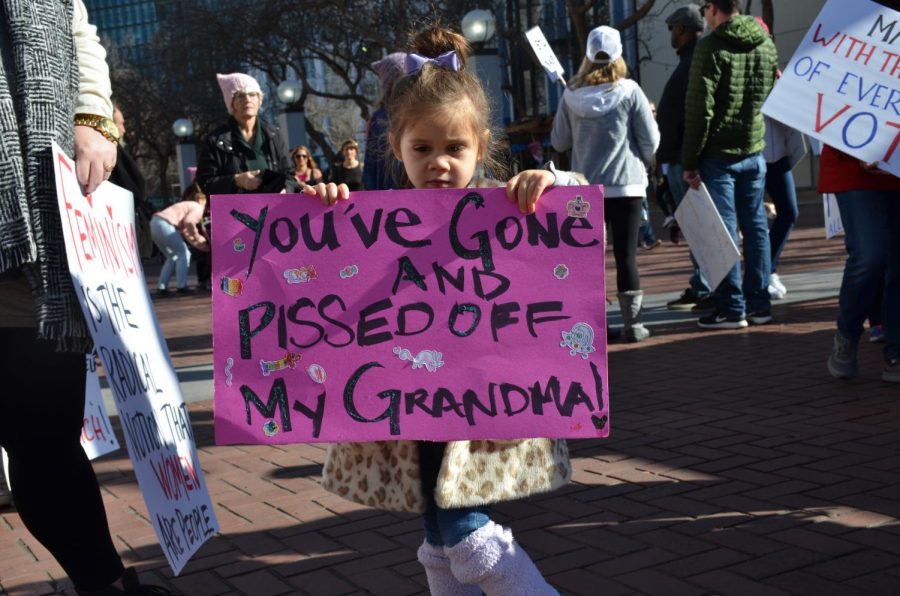 A young girl, was one of thousands of protestors at the Second Annual Women's March in San Francisco this past Saturday.

The Second Annual Women’s March took place on January 21 all over the country. Hundreds of thousands of women came to show solidarity and march in support of equal rights for all. Many held up signs, wore pussy hats and dressed in pink an homage to the tradition that was started at the first march last year. The theme of the Women’s March Bay Area 2018, “Hear our Vote” was inspired by the national campaign theme “Power to the Polls.” Among the many protesters were those from Foothill College.