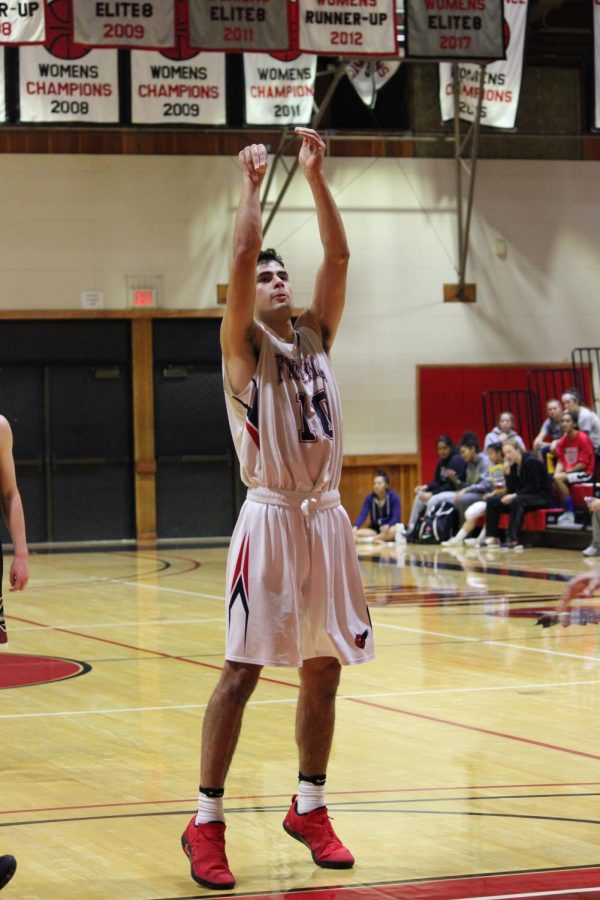 The Foothill College Mens’ basketball team (4-3) will take on Butte College (5-1) at 3:00 p.m. tomorrow in Aptos. This will be the first and only meeting between these two teams.

The Owls are eager to beat the Roadrunners after last weeks fourth win of the season with a narrow victory of 77-74 against the Monterey Peninsula Lobos. With the help of team members Aaron Moore, Matt McAndrews, and Alex Gil-Fernandez, the Owls were able to overcome a combination of turnovers, fouls, and missed shots leading the team to victory.

The Owls have an advantage in that they are a hard team to defend. Players McAndrews and Gil-Fernandez have scored ten or more points in the span of a game for the sixth time this season and are 4-2 in those games. It is not just the big time scorers that carry the team though, player Aaron Moore scored in double digit figures in the previous game and Chris Russell has scored in double digit figures twice in the last four games.

This will not be an easy victory for the Owls, though, as the Roadrunners are a strong team, currently first in their respective conference and have won their last five games.

The Owls will have to look out for Darae Elliot, as he is leading the Roadrunners with an average of 16.3 points per game and 9.3 rebounds. The Roadrunners are also an above average defensive and offensive team.

The Owls have a good group of players and are capable of putting the ball through the basket when the team is working together and utilizing their abilities to the max. If the Owls can work together as a team, they have a chance at throwing off the Roadrunners and ending in a victory.