The Red Pill: Inside the Middle Man of Nazi Conversion 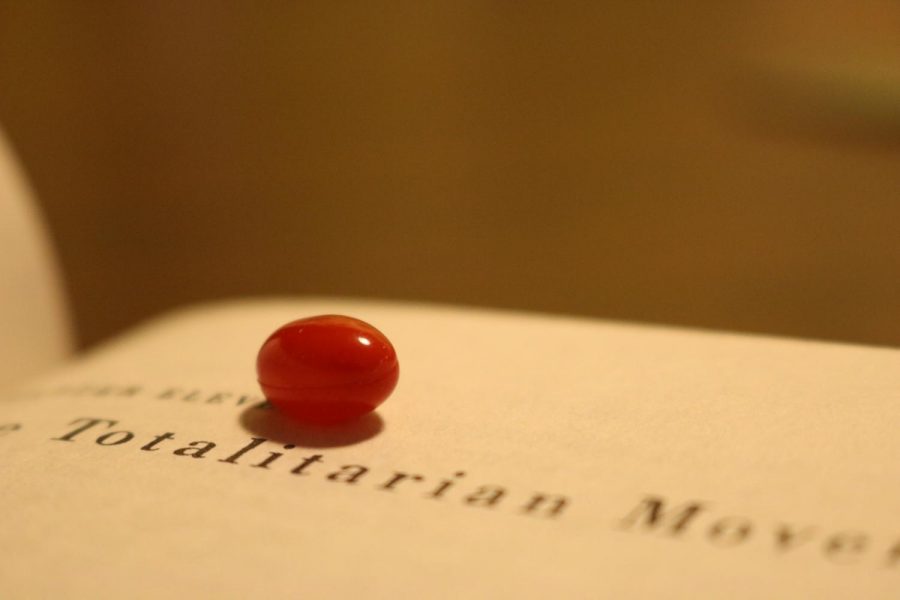 When I wrote and posted a satirical article titled “SJW Hypocrisy: The Problem With Calling Your Opponents Nazis” on r/TheRedPill, a subreddit dedicated to fierce anti-progressivism, I expected a lot of hate. What I didn’t expect was to spark a deep and academically rigorous discussion about how Nazis really aren’t actually *that* bad. But is it really such a big deal that I found some Nazis on the internet? Well, the sizable presence of racism lurking below the surface of The Red Pill community is not only revealing of the community itself, but also of modern Nazi tactics — which are, sadly, quite relevant at the moment.

The Red Pill community, for those who don’t know, is a self-described “skeptic” group. It derives its name from the Matrix movies, as an allusion to the idea of “waking up” to the way society “really is.” The community grew out of the early phases of internet atheism and since has evolved to be defined by its opposition to socially or economically progressive issues — particularly those regarding social justice, like feminism or anti-racism. In this way, The Red Pill community is very much a subset of online neoconservative movements which have been defined by off-the-cuff “pwnage” of progressives.

The Red Pill, though, has a couple of notable qualities which set it apart from neoconservatism as a whole. It is through and through marketed as “logical,” “rational,” and “unbiased.” “I’m for finding the truth of the matter using rational arguments backed up by evidence,” reads prominent Red-Piller Carl Benjamin’s YouTube bio. Carl is better known by his screen name “Sargon of Akkad,” and has just over 700,000 subscribers. Carl is a prime poster-boy for The Red Pill. We’ll get back to him soon.

The Red Pill community displays itself as a substantive hub for intellectual debate; a space where the free marketplace of ideas can hash out social concepts, where nothing is dismissed based on preconceived societal norms. Everything will be considered and discussed. If you’re wrong, somebody will point out why. If you’re right, you might change some minds. This is how the community markets itself. But this is a facade which collapses at the slightest provocation.

That was a lesson I learned first-hand when I posted “SJW Hypocrisy: The Problem With Calling Your Opponents Nazis,” a piece in which I satirized the community’s insistence that terms like “racism” have somehow become slurs. I attempted to do this, in part, by going into a detailed explanation of the philosophical nuances of racism as related to privilege, and how the definition of racism is a lot more complex than “to believe one’s own race is superior to another.” I promise it’s funnier than it sounds.

I never expected the response to be positive. But I thought, at the very least, that people would respond to what was actually written. And who knows? Maybe the free marketplace of ideas would work its magic. Maybe people would tear me down for my Regressive Leftist, SJW agenda. Maybe they would point out something I’d never considered. Maybe people would even begin to see flaws in their own reasoning.

“The best part is Hitler was more or less a feminist,” read the first comment my article received, about five minutes after it was posted. Crap.

Over the course of the next several hours and days, an extensive discussion began to emerge on the relative merits of Nazism. “Honestly, even as a US Army officer I dislike the Nazis less and less the more I know about them,” began Reddit user Tar-Minastir in what is currently the top-rated comment. Following this was a long conversation on the absurd and tragic guilt complex which has emerged in Germany — just because the Nazis murdered six million Jews! This then progressed to the need for Europe to institute a white ethnostate. Goddamnit.

The scary thing about all of this isn’t that Nazis exist on the internet. It’s that they are welcome at The Red Pill. There are a lot of people who might be roped in by the marketing of objectivity and rationality, then come to find that Nazism is “rational.”

For example, Carl Benjamin recently made a video as a part of his “This Week in Stupid” series of loosely structured pwnages of “Regressive Leftists” in which he discusses the recent Nazi rally at Charlottesville. In his video, Carl condemns, surprisingly, not the Nazis holding the rally, but the progressives who supposedly “caused” the rally by taking down Confederate statues and by spouting a constant torrent of “anti-white hatred.” Carl even goes so far as to deem the White Supremacists at the rally “concerned activists.” “Why do you validate these people [Nazis] by making everything about white people?” Carl asks, referring to what I can only presume is the entirety of the American Left.

To be fair, Carl, as he repeatedly asserts, is definitely not a Nazi. But his choice to explicitly condemn everybody for the Nazi rally except for the actual Nazis who attended it carries a significant and not-so-subtle subtext: the Left is the real problem, while Nazis are just a group of concerned citizens, exercising their right to free speech. And as a flag-bearer of the Red Pill community, this implicit messaging has real weight. Prominent Neo-Nazi ringleader Richard Spencer has even stated that “Milo [Yiannopoulos], Sargon [of Akkad, aka Carl Benjamin], Lauren Souther[n], and Gavin [McInnes] types [of] people can be great entry points.” The “entry points” Spencer mentions here are, of course, in reference to Nazism.

The Red Pill is a community steeped in the subtext that their own ideas are level-headed and logical, while all those screeching feminists are irrational and reactionary. We consider everything in the Free Marketplace of Ideas, regardless of social stigma. But here’s the thing: you can’t isolate ideas from the context they exist in. There’s a reason that so-called “Free Speech Warriors” overwhelmingly defend the free speech of the Right over the Left — they have fostered a narrative that right-wing ideas are in danger of oppression. Which means that when you join The Rationals — the gatekeepers of the Free Marketplace of Ideas — you better think that feminism is bad and white people are oppressed.

To The Red Pill, people who advocate for a white ethnostate are worth listening to, but if you think that Racism is systemic, well then you’re just a cuck. This means that when you join communities like The Red Pill, you’re already being pushed a lot closer to Nazism than its antithesis. Which means, when The Red Pill is prodded in even the slightest way — say, by putting “Nazi” in the title of a post — a lot of disturbing sentiments crop up. And the community as a whole is a lot more accepting of those sentiments than one might hope.

I want to be clear here: The Red Pill isn’t a community of Nazis. But in a lot of ways, it functions as a middleman between society at large and Nazism. And, as we’ve seen with the recent explosion of Nazi rallies across the U.S, this type of middleman is more dangerous than ever. Especially in an age where Nazis like Richard Spencer are so often framed as relevant, hip, and, by many “skeptic” communities, worth listening to.

So what can we do? Well it’s time that people start calling out The Red Pill and similar “skeptic” communities for their monstrous intellectual dishonesty and for their gullibility to Nazi dog whistles. The idea that they own the “Free Marketplace of Ideas” — or that any such ideal marketplace even exists — is, if you’ll excuse my French, bullshit.